Here are some photos of complications related to smoking:

#3 Cancer of the bladder with urinary stoma Cancer of the bladder with urinary stoma 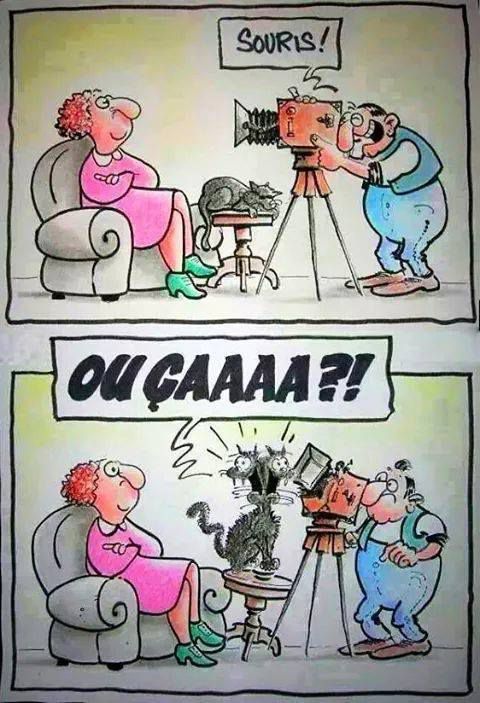 What do Coca-Cola, Kim Kardashian's Butt, and the Ice Bucket Challenge Have In Common?

Note: This post originally appeared in the Brand Media Studio. ---- For those who are wondering how to crack the code on "millennial marketing" - this week you got a lot of data. To sum it all up ... So from ice buckets to posteriors, I saw this cover at the grocery store, and the headline was basically, "yes, my butt is big" and it was allegedly a quote of Kim Kardashian (Oui, j'ai un gros cul, et cette allégation viendrait de Kim Kardashian elle-même).

Apparently both this woman, and much of pop culture, is infatuated with her rear-end.

Now you may have sour grapes about that - but again - the entire routine is because she understands (perhaps instinctively) of how you sell a brand in an age where everyone has a camera, everyone is a video star, everyone can make a message that gets transmitted to millions. It's again through the individual lens.

This woman has 23 million followers on Twitter. Let's presume half are fake accounts, or whackadoos, or whatever. Fine - 12 million REAL BONAFIDE PEOPLE living off this woman's every utterance.

Most of it is about her butt.

http://instagram.com/p/rm1G6euS3t/ (This is a photo that Kim posted to her profile on Twitter/Instagram. She called attention to it.)

What? I mean seriously. It goes on and on - the silly stuff. But here she has a huge audience (and a huge rear end according to her), and the taglines she writes became headlines - Kim Upset about huge Butt.

But again, she seems to understand that her popularity and her cultural swag is entirely dependent upon the people who view her. That audience was built through the eyes of her audience, not the other way around. She's hardly a good role model, or a bad one even. It's just kind of bizarre - people are attracted to her. What's she eating. What's she doing.

Again, all through the voyeuristic lens. It's about the individual. A Tibetan man screams as he runs engulfed in flames after self-immolating at a protest in New Delhi, India, ahead of Chinese President Hu Jintao's visit to the country Monday, March 26, 2012. The Tibetan activist lit himself on fire at the gathering and was rushed to hospital with unknown injuries, reports said.

The Artist: Oscar winners at the official Oscars after party Sunday night 2012 Jean Dujardin, left, best actor winner for his role in "The Artist," watches as his Oscar is engraved at the Governors Ball. Actor Jean Dujardin, winner of the best actor award for “The Artist,” attends the Governors Ball. Michel Hazanavicius, left, with the Oscar for best director for "The Artist," looks to photographers at the Governors Ball. Ludovic Bource, winner of the original score award for "The Artist," poses at the Governors Ball.

France were best side in World Cup final

So the wrong team won the final but the right team won the Rugby World Cup. (Ainsi, la mauvaise équipe gagna la Finale, mais la bonne équipe devint championne du monde.)
No, I didn't have too much of the bubbly stuff into the small hours of Monday morning. Not a drop, in fact. But however you view Sunday night's final and however many times you study the recording, it's plainly apparent that France were the better team on the night.
Too many All Blacks had individual games well below their normal standards. Jerome Kaino, despite that lineout leap and pinpoint delivery to Tony Woodcock that proved so crucial, was perhaps the best example. But there were others. It all looked too emotional and important an occasion for Piri Weepu, too. His kicks at goal reminded me of my own efforts on the golf course; the best of intentions but a streak of desperation with every strike.
How beautifully ironic then that one bloke who did keep his nerves under control was a guy hitherto discarded as not good enough. Stephen Donald. What a delicious twist of fate that he should prove this nation's winner at the critical moment.
France deserved to win because they played a quite extraordinary game. When did we last see an All Black back row outplayed? Kieran Read made some strong surges but as a unit, the outstanding Thierry Dusautoir, Imanol Harinordoquy and Julien Bonnaire were in a class above.
Dusautoir was rightly the man of the match but Harinordoquy couldn't have been far behind him. Yet having said that, it would have been an utter travesty if France had slipped away with the World Cup.
They played no rugby to get to the final but then reminded us of the stuff they could construct. So, excusez-moi, messieurs, what the hell happened in the first six weeks of the tournament? Why weren't you playing like this in all those other games?
Perhaps if the French hadn't been so busy having hissy fits among themselves all the time, they could have played some cracking rugby. But cockerels with their heads up their nether regions rarely make much sense. This was a huge pity because by and large this was not a great World Cup in terms of the spectacle on the field. New Zealand were by far the best team, which is why they deserved to scrape through the final. France could have lit up this tournament with outstanding, 15-a-side attacking rugby with ball in hand. But most of the time they played like a lot of constipated diners. Sadly, most countries were equally poor.
Wales were the sole exception. But apart from them, too much of the rugby we saw was at best modest, vin ordinaire if you like and in the case of some, like England, just plonk.
Out and about yesterday, I struggled to find many examples of joy unconfined among the natives. Huge relief appeared to me to be the prevailing emotion in this land.
The trouble with this tournament, and most especially the final, was that it would again have been a mystery to the non-rugby specialist, the outsider lured to his TV set around the world, to see what all the fuss was about.
The reason for that is rugby's laws remain so complicated, so intricate. At times on Sunday night, referee Craig Joubert could and probably should have penalised all manner of players myriad times. The breakdown remains a law-breakers' paradise: as ever, players were able to dive off their feet, handle on the ground, enter from the side and such like and amidst the frenetic activity, very often they went unseen. I don't blame Joubert for that; there are just so many laws to administer that the whole thing has become a morass.
But it strikes me that if this game really wants to become a global sport, then it has to appeal to masses. Right now, because of its construction, it can only be appreciated by a select few who have any idea what the hell is going on.
One other point is worth making. I know the idea may seem odd that elsewhere in the world they are not concerned with New Zealand and this World Cup. But such places do exist.
Take Manchester, where a soccer derby between United and City elicited the astonishing scoreline of 1-6. That was a result predicated on a simple philosophy - attack. By complete contrast, New Zealand's win on Sunday night (and indeed so much of this tournament) was forged almost entirely on defence.
Therein lies the difference between the two sports. And as long as that remains the case, rugby will never become the global event that soccer represents.
By Peter Bills Tuesday Oct 25, 2011
http://www.nzherald.co.nz/rugby-world-cup-2011/news/article.cfm?c_id=522&objectid=10761469